Over the last couple of days, our upstream IT service providers experienced several intermittent outages.  The issues appear to be resolved now, and they apologize for the inconvenience this may have caused you! 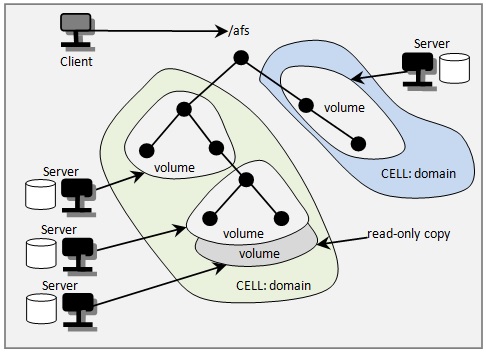 The Andrew File System (AFS) is a distributed file system that provides a file space architecture aimed at dispersed computing environments and a set of tools geared toward ease of use and manageability. Pioneered at Carnegie Mellon University and developed as a product by Transarc Corporation, later acquired by IBM. It was released as open source under the IBM Public License in 2000. Our CEO, E. Margarete Ziemer, PhD, is the founding mother of The OpenAFS Foundation, established in 2013, and she has been volunteering on the Board of Directors ever since.  Sine Nomine Associates has provided financial support to the Foundation, as well as sponsored AFS Workshops.

While the IT world changes at a rapid pace, proven technologies like OpenAFS have retained and expanded their usefulness to forward-thinking organizations. Sine Nomine Associates is pleased to provide complete solutions for any OpenAFS environment.